Everyone is helped. All calls are confidential. 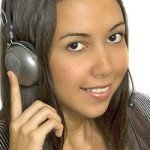 Calls are received from all regions of the state – The callers have been as young as 13 years-old and as old as 41-years-old. The calls range from:
A pregnant 14-year-old girl and her mother calling seeking help.

And this special story of one of the many Safe Haven babies saved:

The Safe Haven referral helpline received a call from a young mother with her two (2) day old baby girl –she wanted to know more about the “Safe Haven” program and needed help. She chose to leave her baby at a Fire Rescue “Safe Haven” Station. The helpline assisted her; the baby was then transported to a nearby hospital. The hospital then contacted an Adoption Agency for the baby to be placed with a family waiting to adopt.

Two (2) days later the biological mother called our helpline to thank them for their help but more importantly, she had two letters to give to the adoptive parents’ one for them and one for the baby when she grows up. We met the mother at a church, the meeting was very emotional and at the end, she gave us the two (2) letters. The main message to the child who is now called Gloria Hope was that: “You did not think I loved you because I gave you up but that is exactly why I did – I wanted you to have a future that I could not provide”. The adoptive parents chose to keep in touch with us and we talk to them and little Gloria Hope regularly. She is a beautiful child inside and out.