Nick Silverio and his wife Gloria were married for 32 years, and they were always told that they would be wonderful parents. Gloria was the sweetest soul, Silverio said, loving and kind to everyone, especially the children and the elderly. The couple had no children of their own—there were two miscarriages, including one on Christmas Eve—but they were loving godparents for 14, including many nieces and nephews.

But today, many more call him Uncle Nick—including the 338 children whose lives he helped save.

The Silverios were looking forward to celebrating their 32nd wedding anniversary with a trip to Italy, but tragedy struck that December; Gloria was in a car accident caused by a speeding driver. Silverio got a call from the hospital while he was at work, and in his shock, for a moment he forgot how to drive.

When he got to the trauma center, the doctors didn’t think Gloria would make it, but they hoped that she would. Silverio sat down and called his priest. Then he called his father, who lived in another part of Florida and would take some time to get to the hospital. Silverio and his priest prayed until his father arrived; all the while, Silverio thought over the doctor’s request that he make a decision about life support.

“And I remember this very, very clearly. We were praying, and I remember I heard Gloria say very clearly: I’m okay, honey, I’m okay,” he said. “It was like a voice, not just in my mind.” Silverio said it was a message for him, affirming that he could take her off of life support. Minutes later, she was gone. Until that accident, Silverio describes his life as a dream; the couple were completely devoted to each other and had built a beautiful life together. In the following months, Silverio grieved, but he knew there was a plan, and he wanted to be open to it. He hoped to do good in Gloria’s name—something that would benefit the children or the elderly—as a way to honor her memory.

A few months later, he sat leafing through a magazine in the dead of night, unable to sleep and not really reading in the low light. But for whatever reason, Silverio said that he stopped on a certain page, and saw a story about infant abandonment. “Immediately, my reaction was that this is God’s message to me that that’s what I should be doing for the rest of my life,” he said.

Silverio, an entrepreneur, had built an IT company from scratch, and he’d been taking time off from running it while mourning. But after his magazine epiphany, he went to the office, spoke to his employees, and said, “I know what we’re going to do; we’re going to create a foundation and save babies from being abandoned.”

Of course, the first question they had was, “How?”—and Silverio didn’t know yet. But he was confident that this was the path he should walk, and that if even one single life could be saved, it would be worth it. 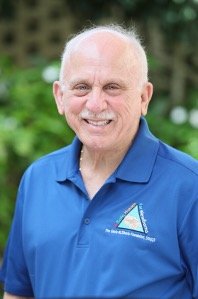 Silverio started reaching out to local police stations, firehouses, hospitals, and churches to pull together the network necessary for saving babies from abandonment. The challenge of creating visibility and awareness came next; people needed to know there was a place that could help—a safe haven for scared would-be mothers. Silverio started the Gloria M. Silverio Foundation, and the A Safe Haven for Newborns program was established in 2001. It has expanded from serving Florida (confidential, 24-hour helpline: 1-877-767-2229) to becoming a national effort (national helpline: 1-844-767-2229) with both staff and network composed almost entirely of volunteers (there’s a single paid employee, but it’s not Silverio).

“Call us. We can get you help,” said Silverio. The situations their callers have been in run the gamut—twins on the verge of delivery, a college student who had just given birth in her dorm room before picking up the phone, a newly homeless woman due any day, women needing supplies or prenatal care. A woman called in tears once; she had three young children with another on the way, as well as a husband who worked long hours and was rarely home. She asked for help in taking care of the house, and was clearly depressed. “So the problem was deeper than just that. We connected her to a mental help person,” said Silverio. “She’s getting help now that she wasn’t before. So we just don’t say ‘No, we don’t do that.’”

“We don’t judge anybody. The stories are all kinds of stories. The fact is, they thought enough, and cared enough, and were compassionate enough to say, ‘You know, I can’t take care of this baby, but I want this baby to have a future,’” he said. “It takes a lot of courage for Mom to have a baby, give that baby up, so that baby can have a life future that she cannot provide.”

Safe Haven has helped around 5,000 women over the years, and the type of help provided was as varied as the women calling. It doesn’t necessarily have to do with taking in a baby—in fact, Silverio stresses that they have nothing to do with adoption or adoption agencies. Safe Haven never encourages women to give up their children—and many of the women don’t want to—but if a woman can’t keep her baby, then they help get the child adopted so no one ends up in the foster care system. 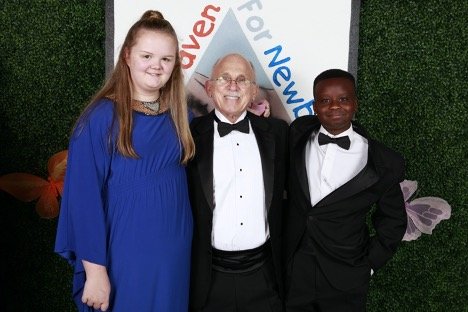 Nick Silverio (C) with Gloria Hope and Kristopher at a 2016 event for A Safe Haven for Newborns. (Cristina Sullivan)

When Silverio started the foundation, with no idea how it would work, he thought it would all be worth it if he could help save one life. Over the past two decades, he’s not only met, but also stayed in touch with, many of these mothers, adoptive parents, and babies who are growing into fine young men and women. “One of them just graduated high school in June and she’ll be going off to college,” he said proudly. “It enriches my soul every day. It’s an emotional gift, being part of this life-saving program.”

Gloria would be overjoyed to know that this has been her legacy, Silverio said. He visits Gloria’s grave often, tidying the space and leaving flowers for her, and having conversations with her. Doing so, “you stay connected, and that’s important,” Silverio said.

Ever charity-minded, Silverio is not done giving back. He says he’s working on a book about grief, because when he began grieving for Gloria, he found that there wasn’t a lot of information for men, that what he could find wasn’t particularly useful, and that men don’t tend to be very good at processing grief. “A lot of men shut down,” said Silverio. They’ll also try to shut out the memories of their loved ones, which he feels is the opposite of what they should be doing.

“Memories are who you are—both of you. Those are how you’ve lived your life,” he said. Of course there will be memories that you don’t want to dwell on, Silverio said; for him those include times when Gloria was in the hospital, and when he was at the funeral home, which he recently recalled while penning a memoir. But the good moments they had together are the ones he often cherishes. “If you forget your memories … then what’s your life all about?”

Along with his good memories, Silverio said he leaned on God and his faith during the tough times, and that his faith called on him to give back. Charity is another virtue he likes to share with others. In the act of giving, one can find meaning. “Find something that’s meaningful, to make a difference. Anything. It can be a very small, or a big effort, any effort. It’s just so important to give back.” 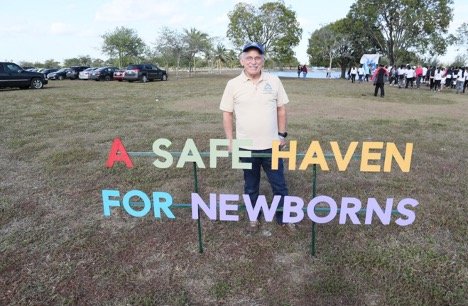 Nick Silverio at a run-walk event for A Safe Haven for Newborns. (Cristina Sullivan) 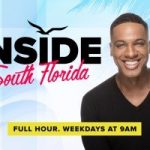 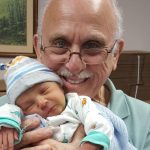 A Safe Haven for Abandoned BabiesNews