DORAL, Fla.–(Business Wire)–It started out as an uneventful Father’s Day morning at a South Florida fire station, but that all changed when the doorbell rang. There stood a young women looking exhausted and frightened. Her face was streaked with tears. She was holding something in her arms very tightly, wrapped in a nice blanket. She said, “I want to leave her in a ‘Safe Haven.’” The Firefighter said, “Are you sure?” And she replied, “Yes, it is the only way. Please take good care of her.” She placed the baby in his arms, then turned and left.

For the past 13 years, The Gloria M. Silverio Foundation, “A Safe Haven for Newborns,” focused on saving unwanted newborns. They make sure new mothers know they have an option and can leave them with someone at a Safe Haven: any hospital, 24/7 staffed fire rescue station or staffed emergency medical service station, with no questions asked, totally anonymous and free from fear of prosecution.

The organization now has a chance to reach more people and potentially save more lives as it officially embarks on a new statewide public awareness campaign, thanks to a $250,000 state grant.

Lt. Governor Carlos Lopez-Cantera, Senator Rene Garcia, Fire Department officials and a group of about 30 A Safe Haven supporters gathered at a Fire Station in Doral, Florida, on Tuesday to kick off the new campaign.

Senator Rene Garcia championed the cause for the grant in the State Legislature.

“A Safe Haven saves the lives of newborns and also empowers mothers who are at a vulnerable time in their lives. The monies allocated from the State will promote more public awareness to their services and strengthen families,” said Garcia.

Floridians will now be seeing more billboards, public service announcements, media appearances and greater use of social media as Safe Haven heightens its information campaign by getting its message out to both the at-risk population and the community at large.

Nick Silverio, the founder of A Safe Haven for Newborns, named this effort, in saving the lives of the most innocent and helpless among us, after his wife of 32 years, Gloria, who died tragically in a car accident caused by a speeding driver in 1999. So, it wasn’t a total coincidence that the baby, who was left at that fire station 11 years ago, was named Gloria Hope by the firefighters.

“`A Safe Haven for Newborns’ is offered to everyone, but this public awareness effort will be focused on reaching young women across Florida, who are hiding their pregnancy and are at risk of abandoning their unwanted newborn,” said Silverio.

Gloria Hope is now 11 years old, loves to read and has many friends. She recently told Silverio, ”Uncle Nick, I am on the honor roll, I have all A’s and one B.”

“We know there is still so much more to do. We will not stop until we eliminate infant abandonment, giving every child a chance at a future,” said Silverio.

About The Gloria M. Silverio Foundation – “Safe Haven for Newborns”

“Safe Haven” is a safety net for both the mother and the newborn. It allows mothers, fathers or whoever is in possession of an unharmed newborn, approximately seven days old or less, to leave them with someone at Safe Havens: any hospital, 24/7 staffed fire rescue station, or staffed emergency medical service station, with no questions asked, totally anonymous, free from fear of prosecution. The hospital will contact a participating private adoption agency, which will then arrange placement of the newborn with a waiting family.

“A Safe Haven for Newborns” is dedicated to reaching pregnant girls and mothers before they reach the crisis stage. We assist them as they are reaching a decision that will be in the best interest of their baby and themselves, whether with counseling, parenting, health related issues adoption or confidentially placing their newborn with a “Safe Haven.

Copyright © 2020 A Safe Haven for Newborns 501(c)(3) All rights reserved. No material from this website may be copied without the express and written permission of the Gloria M. Silverio Foundation. A COPY OF THE OFFICIAL REGISTRATION AND FINANCIAL INFORMATION MAY BE OBTAINED FROM THE DIVISION OF CONSUMER SERVICES BY CALLING TOLL-FREE. REGISTRATION DOES NOT IMPLY ENDORSEMENT, APPROVAL, OR RECOMMENDATION BY THE STATE. 1-800-HELP-FLA (435-7352) www.FloridaConsumerHelp.com Registration# CH31702 A Safe Haven alliance and partnership with hospitals, fire stations EMS and DCF is saving lives.
Translate »
Rene Garcia: Safe Haven Law is safety net for parentsNews 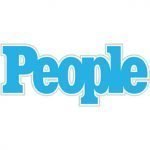