It was almost dark one night in 2006 when someone handed Dan Miller a baby girl. Lake County Fire Rescue Station 112 had received a call, 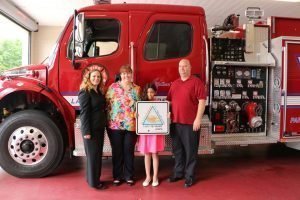 letting the firefighers know to expect her. Miller checked her out medically, called a transport company and gave her to a hospital.
Such events are not common, but fire stations in Florida are known as a Safe Haven, somewhere young children can be left safely if their parents don’t want or can’t keep them.

In less than a week, the little girl Miller held is getting a Lake County firetruck named after her. Under Florida law, also known as a Safe Haven Law, newborn infants up to 7 days old can be left at a hospital, emergency medical services station or fire station.
“What happened was, babies were being left in unsafe places, often not surviving,” said Nick Silverio, founder of A Safe Haven For Newborns.

Silverio founded the Miami organization to honor his wife, Gloria, who died in a vehicle crash. He was looking for something to do in her memory, and, while flipping through a magazine, saw something about infant abandonment. He believes it was a message from God, and he got to work creating The Gloria M. Silverio Foundation, a 501(c)3, and the A Safe Haven program. While the law designates where babies can be left, the program tries to do more than just show women where they can leave their children.

Instead, women can get confidential advice and counseling. The program has helped assist 5,000 girls/women, according to its website, although not all choose to leave their children at Safe Haven locations. “Our message is basically, if you’re pregnant and hiding your pregnancy or you know someone who is, please have them call us,” Silverio said. “We can help them. Their lives matter, and so does that of the baby.” If they choose to leave the child at a Safe Haven location, a private adoption agency will arrange a new family. Florida isn’t the only state with a Safe Haven Law, nor is A Safe Haven for Newborns alone in what it does. Other programs reach out to help mothers unsure of what to do during their pregnancies, such as the National Safe Haven Alliance.

The baby handed to Miller, now an EMS battalion chief with Lake County, received a new life as Iris. Her family sends the station Christmas cards and even a birthday card now and then.

When the station was given the chance to name their new truck — one of three Lake County Fire Rescue is dedicating this month — they decided to name it after the child who passed into part of the station’s history.

“It was a big deal that happened at that particular station,” Miller said. “The guys have a lot of pride in the area, of the citizens in their area and that truck, and they thought it was nice to dedicate that truck to her, to someone from the area.” 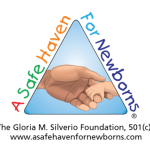 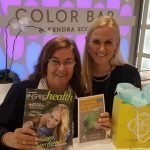 Thank you Kendra Scott for your supportLatest News, Media, News