A Safe Haven for Newborns is offered to everyone, especially young women who are hiding their pregnancy, who might otherwise abandon their unwanted newborn baby in a dumpster, a field, canal or some other unsafe place, an unthinkable act, but an act of panicked desperation by mothers who believe themselves to be abandoned, without support or resources. Over 5,000 pregnant women have been assisted in their time of need/crisis.

The young mother in the story actually called the Safe Haven for Newborns toll-free confidential 24/7, multilingual helpline for assistance prior to surrendering the baby. Two days after the original call, she called again. She had two letters for us to give to the adoptive parents, one for them and the other to be read to the baby, now called Gloria Hope, at the appropriate time. We met the mother at a church, it was an emotional meeting. The message to Gloria Hope is: “You did not think I loved you because I gave you up but that is exactly why I did it, I didn’t have a future and I wanted you to have one. Gloria Hope is a beautiful child inside and out and loves school. She recently called Nick Silverio, the founder of A Safe Haven for Newborns, and said, “Uncle Nick, I am on the honor roll, I have all A’s and one B.” 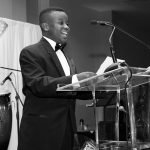 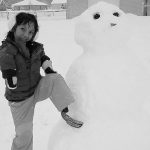